Radiator Valves: How to Turn Them Off/On 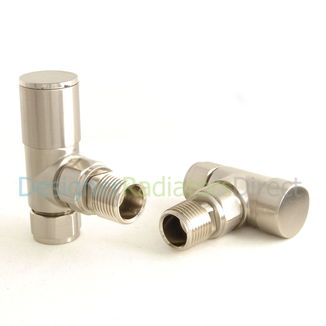 This might seem rather silly, but some people rarely use their radiators and have no experience of radiator valves. For instance, someone who’s just moved into a property with radiators, who previously lived in a property with storage heaters, won’t necessarily know how to use the radiator valves. Here, we’re going to consider a number of valves and explain how you turn them on and off.

Thermostatic radiators valves: these valves work on an automatic basis, they open and close to allow water in or out depending on the temperature that you set it to. The majority of TRVs count down, so five or six is the highest, fully open setting, and zero means closed. You turn the TRV clockwise to turn it off. When it’s set to zero, the radiator is off, this valve shuts down the whole thing.

Manual radiator valves: we call the TRVs predecessor a manual valve, but what it is in strict terms is a temperature valve. You will find it in the same place on the radiator: at the bottom of the unit to the left as you’re facing the radiator. Again, to turn it off, you turn it clockwise.

Outlet valve/Lock shield valve:this one can confuse people. This valve controls the volume of water in the radiator. You will find it to the right of the radiator. The reason that people find it so confusing is that it’s not really a valve per se. it’s not something that you're meant to adjust often, and so you need a special tool to do so. Instead, the cap that you find over the valve will just spin without turning anything, or it might be fixed in place. It’s meant to protect the valve underneath and nothing more. You will find this valve on the bottom right hand side of the radiator. If you do need to turn it off, you need to remove the cap and use a pair of pliers to turn the valve clockwise. Older caps have a screw, so you’ll first have to remove that.

Thermostatic, manual, and lock shield valves are all angled valves. An angled valve sits between two pipes, one pipe on the horizontal axis and one on the vertical axis. It joins them at a 90-degree angle. There is one more type of valve, the bleed valve.  To turn the bleed valve you need to use a bleed key, and you probably guessed already, turn it anticlockwise! What? Why anticlockwise? Because with a bleed valve you're normally opening it, not closing it!